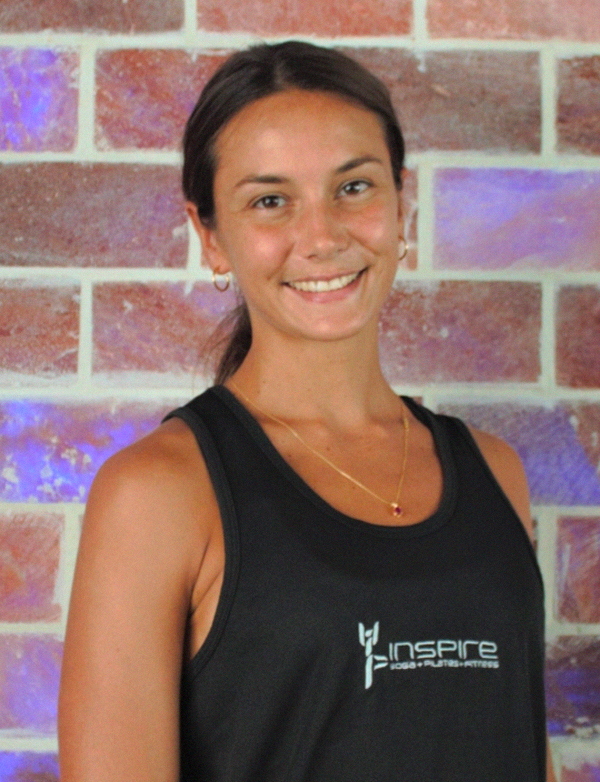 Teaching yoga brings her purpose and joy. She feels excited to do what she does every day because it’s her passion. Yoga has also helped her find my voice and to conquer the insecurities which she had around public speaking.

It brings her so much joy to plan new sequences, playlists and themes to tie in to the class.

She started yoga when she was a business student in Canada, 8 years ago now. She quickly became addicted to Moksha, a Hot Yoga place on Vancouver Island and would go to this happy place every day to escape the freezing cold weather and this is where she started to become aware of the immense power of yoga. Her favorite yoga asana is Downward Dog.

My inspiration is…
movement and nature

Summer or Winter?
It depends where! Winter in Dubai – Summer in the South of France

If I could meet a famous person, it would be…
Beyonce

What keeps her inspired?
She feels inspired when she is in nature, especially by the sea. She grew up living between the Mediterranean sea in the South of France and the Pacific Ocean on the west coast of Vancouver island in Canada. Because these beautiful places are so deeply rooted in her childhood and her memories, she will always find inspiration and magic within herself and the universe when she is by the sea.

She also feels inspired when she meets somebody who radiates positive energy. She loves connecting with this type of person and hearing their story. Often she realizes just how much people go through in life and she finds inspiration in their ability to pull themselves up and be happy.

And then there’s music… She is inspired by music each and every day. Music especially inspires her yoga practice, which is why she spends hours listening to music and creating playlists. Music brings life to movement which is also a main source of inspiration and creativity for her.

WHAT PEOPLE SAY ABOUT US

Home
About Us
Our Team
Classes
Pricing
Events
Contact

Click one of our representatives below to chat on WhatsApp or send us an email to inspireyogadxb@gmail.com